The latest episode of The Viewless Wings Poetry Podcast features an interview with Regina Harris Baiocchi. Regina is an author, poet and educator. Her music has been performed by symphonies and musical organizations across the US and around the world. Her poetry and prose have appeared in prestigious journals. She is the author of multiple books, fiction and nonfiction, poetry, prose and for the stage.

James Morehead: Thank you Regina for taking a few moments out of your busy schedule to join The Viewless Wings Poetry Podcast! You are both an accomplished composer and a writer. How are composing music and writing words the same? How are they different?

Regina Harris Baiocchi: “Well, it’s interesting that you ask that question because when I was thinking about doing this podcast today, one of the things that came to mind is that I love writing music because I love the sight and sound of words coming together to fill what I call a ‘poetry vessel’. I like the idea of notes and music coming together.”

James: When do you decide on the form and arrangement of a piece of music, or structure of a poem, does that happen in the beginning or emerge as you start playing with sounds and words?

Regina: “It depends. I’m working on some vocal music where I was asked by a singer to set a poem to music, and I really resonate with the poem. And there are times when I don’t necessarily resonate with the poetry, where I really have to work at it, and that’s when my compositional learning steps in. I know the elements for writing a good song. I know the elements for writing a good composition. So I try to start with a gesture that will hook people or will pique their interest.”

James: Your music, which I was listening to as a backdrop while researching your work and authoring these questions, has threads of jazz, blues, modern classical and other forms. I’m not really sure how to describe or classify your music other than what you create is so lovely. How do you describe your music?

Regina: “I try not to. I like to dip in as many wells as I possibly can. There are times when I like to, you know, drink sweet water. There are times when I like to drink less sweet water. I was setting an E.E. Cummings poem once and I used a mixture of jazz harmonies for one poem and then classical or concert music for another poem. But I just felt that the E.E. Cummings poetry begged to be that way. I felt as a composer it was my duty not to let it down.”

“Duke Ellington made a statement about music being beyond category. For me, personally that’s high praise. I don’t want to be pigeonholed. I have studied all different genres of music. So I’d like to think that I can write in different genres and be true to those particular groups.

“I just finished writing a piece for a project called songs about buildings, and they asked me to write about a church here in Chicago, in Bronzeville. They wanted church music but I used a lot of jazz chords. Jazz and gospel are very similar in that blues is at the foundation of both. Generally when you differentiate between those two, it has to do with the voices of the chords. What kind of order are the notes in. Which note is given importance over another. Which chord has given importance over another. Jazz people will see the jazz in that piece, gospel people will definitely see the gospel in there, and it’s all about interpretation.”

James: I had the thrill of recording a Haiku for your upcoming (and hopefully in person!) Haiku Festival, planned for this Fall in Chicago. I was part of a group of amazing poets from around the country and the world. Tell me why you are so attracted to the Haiku form, and more about the Festival.

Regina: “I was taught Haiku from the time I was, maybe, about 6 or 7 years old, in elementary school. I went to the oldest Black Catholic School here in Chicago and the nuns were really, really fabulous. I didn’t know until I got out in the world how fabulous they were. I thought everybody was learning Black history. I thought everybody was learning poetry and music. It was not on the books. When you registered your kids, you got the three Rs, reading, writing arithmetic, and, of course, religion being the fourth R because it was a Catholic school. These nuns had a mission, and their mission was to educate Native American and African American kids. They went out of their way to teach us about our culture. I learned the poetry of Langston Hughes and learned the poetry of Gwendolyn Brooks. When I discovered that she lived here in the city of Chicago I wrote her a letter, and she did a very dangerous thing. She wrote me back!

“There I was, seven years old, writing letters to Gwendolyn Brooks, sending her my poems, and she was so very gracious. When I look back on [those poems] now, they’re just God awful, horrible poems, but mother loved them and Miss Brooks loved them, and that was good enough for me.

“The nuns taught us Haiku because it’s one of the things that people often teach kids because Haiku are short and match their attention spans. Gwendolyn Brooks had a competition at the Museum of Science and Industry. Once a year. She would invite kids to read their poems. She would judge them on the spot and hand out cash awards. She opened her pocketbook and gave kids money, and I was there at that competition. And when she died, I didn’t see anyone filling that void, so I started Haiku Festival. I founded it in 2004 and we are in our 17th year. I like Haiku because it is brief. I like writing short music and like writing short poetry. I’ve written long forms also, but I like small things. I just like people to not to feel like they’re being held hostage when they’re looking at new art.”

James: I’ve only this year taken the leap into publishing decades of my poetry. What advice do you have for writers like me who have written for years but have only just started sharing their voice publicly?

Regina: “I think you’re probably at a more exciting juncture in your life as a poet than I am. And you could probably advise me sometimes, when you’ve been doing things as long as I have. I’ve been writing poetry for over 50 years. I get bored very easily, and so I like to try to do as many new things as I can. One of the things that I like doing is interacting with other poets. I think that’s the most important thing, because writing, whether it’s music or poetry, needs large blocks of uninterrupted time alone. When you’re always writing and living in your head, you need someone else to tell you, ‘Oh, hey, that’s not really all that wonderful’ or ‘Hey, don’t be so hard on yourself, that’s really great.’

“I know for me whenever I finish writing a piece there are a handful of people I’ll call and say ‘could you listen to this? Have you heard this before?’ Because my greatest nightmare is that I finish my masterpiece and it sounds like Beethoven’s 5th, or Quincy Jones’ latest hit. I think interacting with people is really important. It’s difficult for me to do because people don’t believe me when I say this, but I’m very shy. I don’t necessarily feel comfortable showing my work to people, but I know how important that is. I think that is probably the most important thing, not to live in your head so much.

“I know a lot of people say, write at the same time every day, and do this and that, and sometimes that works for people, sometimes it doesn’t. One of my greatest people that I admire most, Walter Mosley, said he writes wherever he feels like, whatever he feels like. He doesn’t try to force himself to block out a certain amount of time. He wrote a beautiful book called ‘This Year You’ll Write Your Novel’. It’s good for anyone who is interested in writing a book of poetry or fiction. It’s one of those things where he really lets you know that it’s not so out of reach.”

Hear the rest of the interview with Regina including readings and discussion of two poems on The Viewless Wings Poetry Podcast. 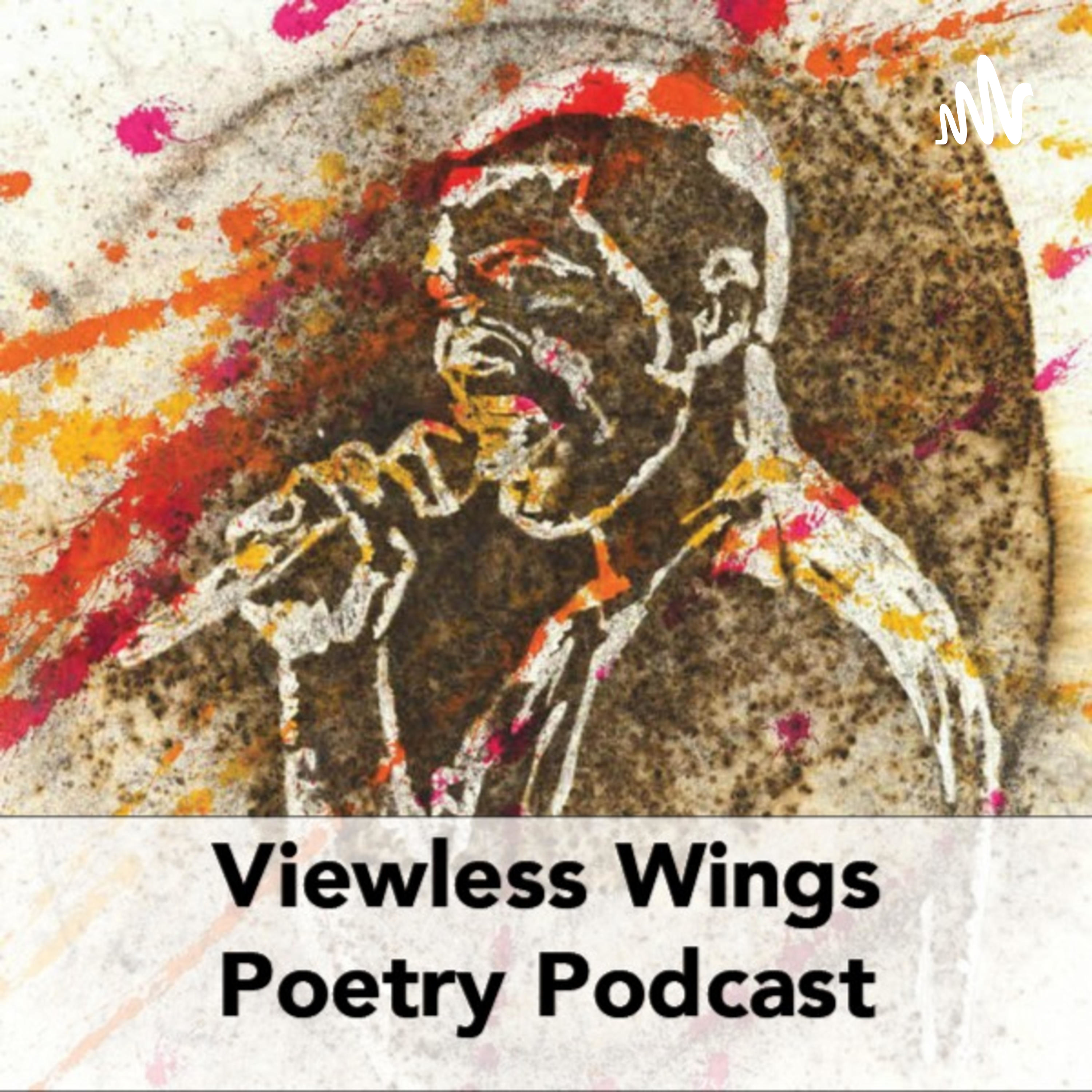 Bianca Amira Zanella is the Poet-in-Residence at Phoenix Books Rutland and host of an international monthly open mic. Her poems have most recently appeared in The Artful Mind, The Rutland Herald, The Mountain Troubadour, and The Reverie. In 2020, Bianca founded The Paper Poet, now offering healing poetic experiences to anyone experiencing suffering and continues to perform around the United States and, virtually, abroad. James Morehead's debut book canvas is on sale now: https://tinyurl.com/canvasamazon. Follow James Morehead on Twitter (@dublinranch) and Instagram (@viewlesswings), and on the website viewlesswings.com. Bianca Amira Zanella's website: https://www.thepaperpoet.com/ — Support this podcast: https://anchor.fm/viewlesswings/support